WE VALUE OUR VETERANS

At Cascade, we are proud to recruit and employ Armed Forces veterans and utilize the skills and work ethic they’ve developed during their service.

We employ veterans across the country, where they apply their discipline, analytical skills and leadership abilities to every project site and solution. We work hard to make Cascade a company that demonstrates our appreciation through competitive pay, benefits, career investment and advancement. 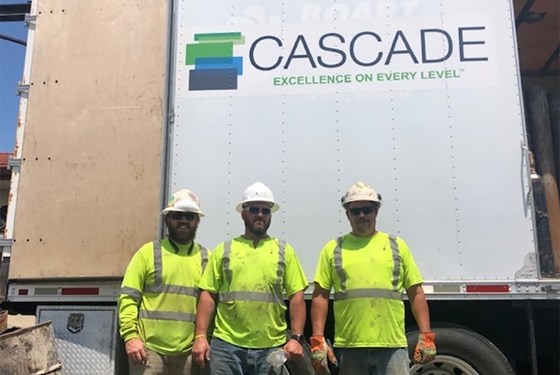 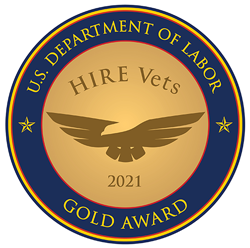 “Being that the majority of my professional, adult career was spent in the armed forces, I was quite concerned about how well I would get along in a ‘corporate setting.’

I was pleased to find that the morale and comradery within Cascade was very similar to that of the units I had been assigned throughout my Air Force career.

Cascade is a company in which I feel at home, an organization that truly values the diverse experiences of its employees—especially veteran employees. Not only does Cascade make every effort to recruit veterans, but they’ve hired a female veteran—myself—to coordinate these efforts. The company makes a true effort to find ways in which veterans’ transferable skills can be practically applied in our bread-and-butter positions throughout various departments.” 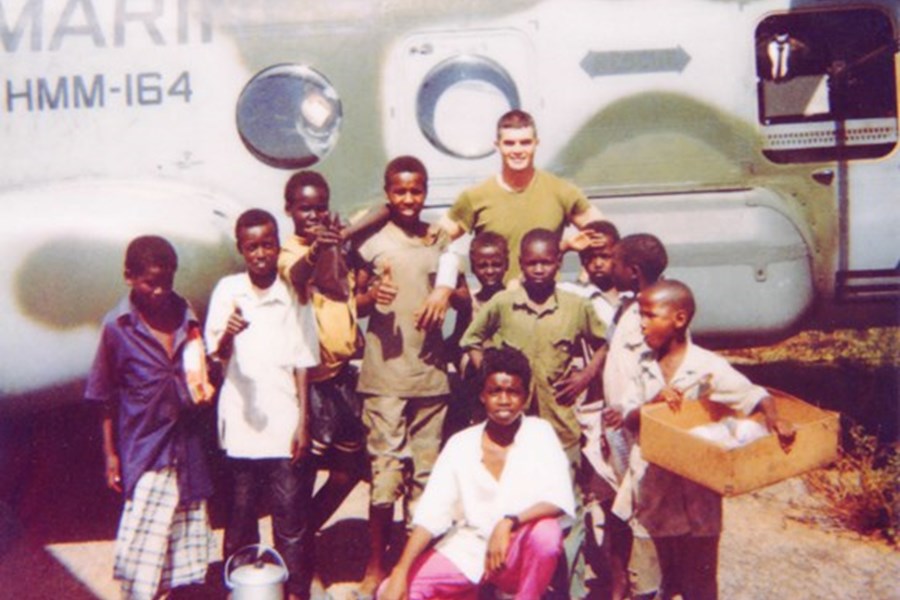 After five years in the United States Marine Corps, I began my career in the environmental industry as a Field Technician. After 25 years, I am now a Vice President, and can confidently say my career at Cascade has been as rewarding and fulfilling as my military service.

My involvement in my unit’s HAZMAT program in Okinawa exposed me to OSHA training and sparked my initial interest in the environmental field.

I gained skills during my time in the service that benefited my career in environmental drilling.

At the time that I joined Vironex (which was acquired by Cascade in 2015), the company was made up of about 90% veterans. This culture reinforced the same values and beliefs that were instilled in me in the Marine Corps.

The most rewarding aspect of my career at Cascade has been the ability to lead my team and grow a company with a solid foundation. Clients rely on me, and my superiors trust me to do the job right. That level of trust and freedom provides me with a sense of ownership over my work and my career, and I find that truly valuable.

I could not be happier with my choice of career.

The people I work with every day are top notch and have always made me feel like a part of the team.

The training our crews receive is amazing, and has really prepared me for the challenges that come along with drilling.

In the Navy, I learned a lot about working with machinery and I became very familiar with heavy equipment. Naturally, the type of work that Cascade does fits in well with what I learned in the service. I’ve enjoyed the traveling and am always impressed by how well the company takes care of us while we’re on the road. Cascade’s focus on safety and training are a huge perk for me, and I think a career in environmental drilling would be rewarding for any of my veteran brothers and sisters. 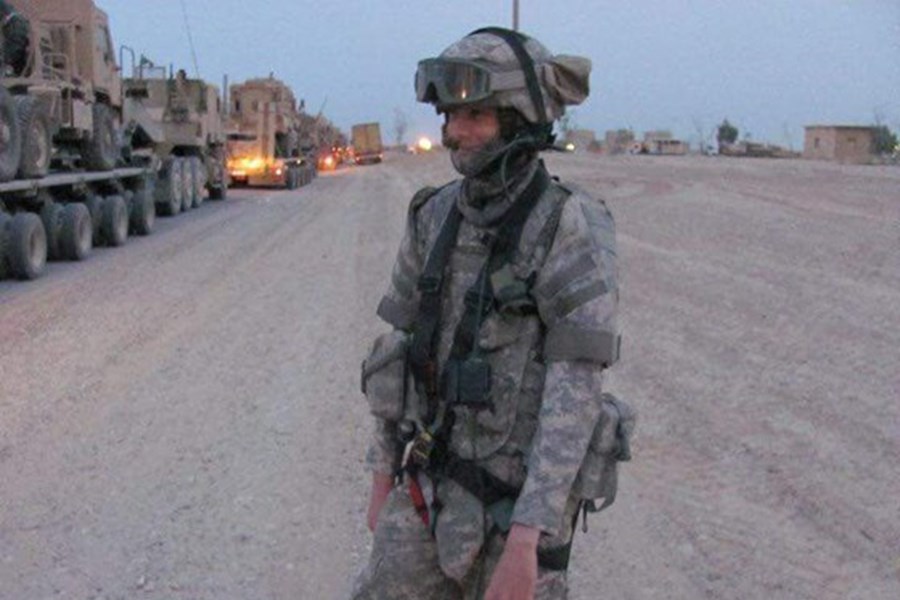 Cascade is a really good career choice for separating veterans because the crews we work with in the field are very tight knit, similar to the bond you share with other service members in the military.

The military prepared me for my career at Cascade by providing me with discipline, structure and motivation.

Veterans are well prepared to handle stressful situations, and we’re accustomed to working with diverse groups of people and pulling together as a team to accomplish our goals. In essence, that is what we do at Cascade – we work together and learn from one another to get the job done efficiently and safely.

I’m proud of my career, both in the military and at Cascade, and I’m proud to be part of such an amazing team that takes the time to teach me new skills in environmental drilling.  I’m very excited to be a part of the Cascade team and look forward to a long and successful career.

I served in the United States Army Reserves for 8 years, specializing as a Diesel Mechanic. When I joined the Army Reserves, I wanted to be a tanker. I was young and impressionable, and it looked fun in the recruiting videos. At the end of the day, a Diesel Mechanic offered more money and that swayed my decision. Several years later, I was sent to school to learn how to be a Crane Operator. This allowed me to deploy to Kuwait in 2006, and then again to Afghanistan in 2009.

I found myself at Cascade after a frustrating career in the oil field industry. I knew this wasn’t my ideal career, so when I received a phone call from Cascade for a telephone interview, I pulled over immediately and took the call.

After a year at Cascade, what I like the most is the freedom I am given to do my job. I am trusted to do the job right without micromanagement. I also really like that I am learning from one of the best Drillers in the industry, and I am optimistic that I will progress into the Driller role. In the military, I learned how to be comfortable around equipment – whether it was forklifts, palletized load systems, hydraulics, auxiliary power units – and having that knowledge and familiarity with different equipment has contributed to my success at Cascade. I believe that anyone transitioning from the military to the civilian world should consider this industry as a career, particularly Cascade. 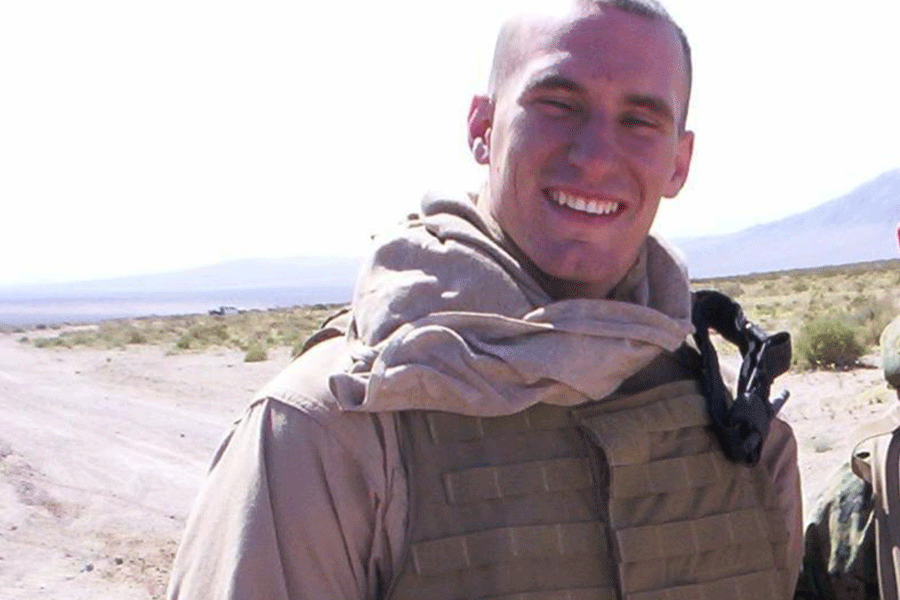 I served in the United States Marine Corps for 5 years, specializing in tanks. My original interest in joining the Corps was to work in aviation electronics, but a hurricane derailed those plans and caused a reclass of my specialty into combat service support. The direction I decided to go into was tanks, and I loved it. I very much enjoyed that every day was different.

Including my time at Vironex Technical Services, I’ve been with Cascade for 9 years. When I left the Marine Corps, I didn’t know anything about the environmental services industry, but I really liked the fact that I’d have the chance to work on projects that involved cleaning up the environment, particularly in the Bay area. The work felt good, and that was important to me.

What I enjoy most about working at Cascade is that you can really go anywhere – you get out of this career exactly what you put into it. Even our CEO started out working in the field and it’s a great motivator. There are a lot of opportunities at Cascade that translate well for military veterans.

My military service taught me to adapt and pivot quickly, which is vitally important in this industry. I truly feel that Cascade is a great, long-term career option for veterans transitioning from the military.

REVIEW US ON GLASSDOOR

We care what you have to say. Share your employment experience by posting a review on Glassdoor.