Thirty years ago, I learned about the use of Agent Orange in Vietnam and the effect on the people who came in contact with the chemicals. This, along with knowledge gained from other sites, caused me to select environmental engineering as the main focus of my career. I dreamed that one day I would be able to help the world deal with the chemicals that can harm us. Now, 30 years later, that dream has come true.

Being part of the USAID-funded cleanup at Danang airport in Vietnam has been the most rewarding part of my career so far. Through this project, we treated the sediments and soils at the Danang Airport which still contained dioxins.

Agent Orange was used in Operation Ranch Hand which was launched to defoliate the jungle so that Viet Cong and North Vietnamese fighters would not be able to hide. Agent Orange had been handled and loaded onto planes at the Danang Airport for spraying large areas of jungle. An area of approximately 19 hectares (47 acres) contained significant chemicals leftover from the war. 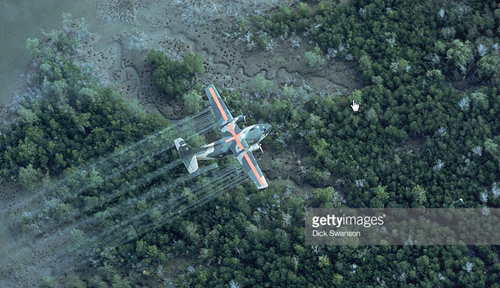 Agent Orange contained dioxins such as 2,3,7,8-TCDD, an extremely toxic and carcinogenic compound.

Dioxin is very difficult to treat – it is nonvolatile, boils at temperatures above 350° Celsius, and does not decompose at ambient temperatures. Some areas of the airport were still visually affected. Despite heavy rain, sun and summer temperatures reaching over 40° Celsius, nothing has grown for more than 40 years due to persistence of chemicals. The challenge was to treat an overall area of 19 hectares (47 acres), with impacted depths varying from a few centimeters to several meters. This material could have been excavated, but no good methods existed for treating it on site.

TerraTherm claimed that we had the solution. We proposed a method that would allow for onsite treatment – place all the material in a large, insulated pile, heat it to a temperature of 335° Celsius, and the contaminants will safely decompose. USAID evaluated the laboratory and field data we provided demonstrating our ability to treat dioxins effectively and concluded that we offered the most effective, and cost-effective technology available for use at the site. After carrying this solution out successfully in the lab, a long period followed where we designed and engineered a pile and a treatment system to handle the challenges. The result was treatment of the large volume (87,000 m3) in two phases. Each phase was contained in a pile with the dimensions of 107 m by 70 m by 6 m, essentially the size of a soccer field, 6 meters tall. We deployed 1,254 vertical heaters in the pile, and each phase lasted more than 200 days.

After each treatment phase, the hot and dry material was quenched with water and cooled, and then stockpiled at the airport for future beneficial reuse. 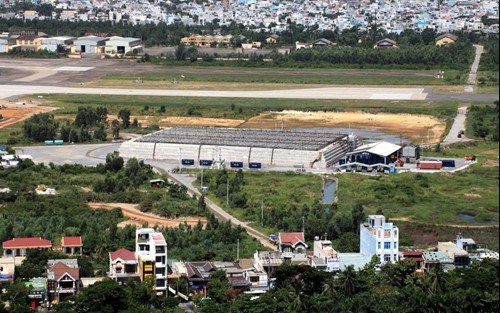 Aerial photo of the pile during Phase 1 treatment.

Eventually, both phases of treatment were hugely successful. The treatment goal of reaching 150 ng/kg of 2,3,7,8-TCDD Toxic Equivalents (2,3,7,8-TEQ) was met and exceeded, as all samples showed much lower concentrations at the end (averages were 10 and 1 ppt for Phase 1 and 2, respectively). This was accomplished without any incidents by a team of hard-working people, including a large Vietnamese labor pool. Blood samples from 1,400 workers confirmed that no systematic increases in their dioxin levels had occurred (the average dioxin levels in workers remained in the same range). 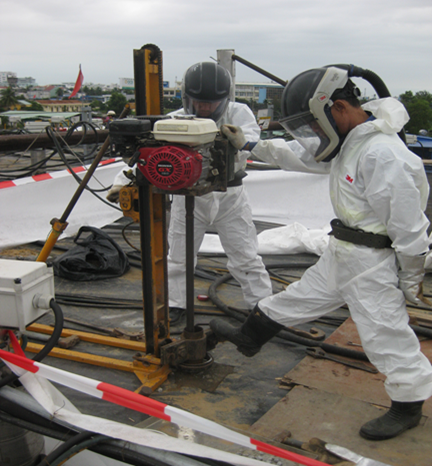 Sampling performed to confirm that the material met treatment standards.

Being part of such a life-changing project has truly been a gift – one that we can only dream of as engineers and scientists. We are grateful to USAID (our client), the various Government of Vietnam ministries, and team members who helped makes this first-of-a-kind project happen, including:

For more information and project details, contact us at [email protected].